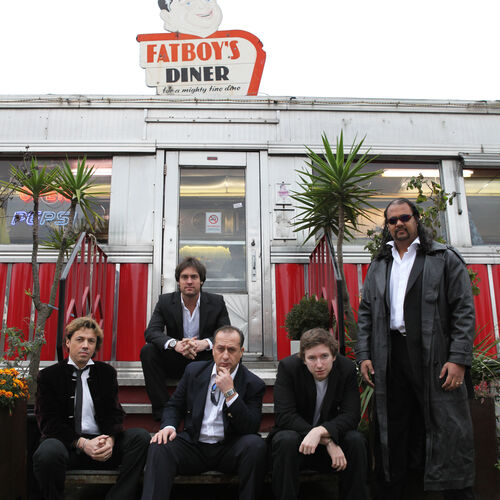 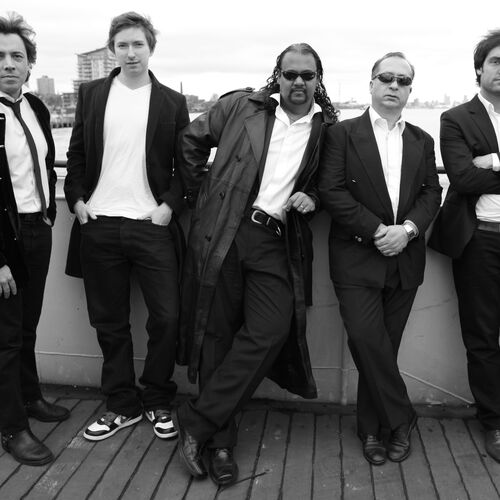 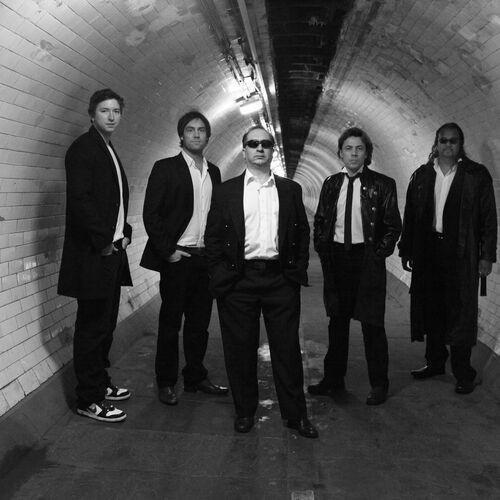 David Jaymes co-formed Modern Romance from the ashes of punk band The Leyton Buzzards, in 1981.
After two flop singles, Andy Kyriacou joined the band and within 8 weeks of joining, had greatly influenced the success of the 3rd single , "Everybody Salsa" by incorporating new PR ideas, which in turn helped the song to become the band's first hit. The song was later rebranded, remixed and released as a single, reaching number 2 in the U.S.Billboard dance charts as "Can You Move."
This was followed up with "Ay AY Ay Ay Moosey" which made the top ten single chart in the U.K., soon to be followed by "Nothing Ever Goes The Way You Plan. " After another hit with "Cherry Pink And Apple Blossom White " the band saw their highest U.K.chart position with "Best Years Of Our Lives."

Three more hits followed, in 1983 "High Life" was first, followed by "Don't Stop That Crazy Rhythm" and the their last chart hit the beautiful ballad, "Walking In The Rain."

Andy revived the band in 1999 and has made Modern Romance the perfect 80's band for the 21st Century and a success on the very popular 80's music scene.

Modern Romance are a live act!! No tapes, sequencers, or recorded tracks - just excitement as it should be!
We can also supply a full 80's evening package with a top 80's cover band as support.
Modern Romance always draw a crowd.

Brief Discography
UK
8 Top 20 Hit Singles / 3 Hit Albums
"Walking In The Rain" - One of the top selling singles of the year.
The album "Party Party" went gold in 6 weeks with sales in excess of 100,000


MEET THE BAND
Andy Kyriacou
After a chance meeting in 1981, Andy joined an unknown band named Modern Romance. Within 8 weeks of joining them, the band had charted with their first hit single, "Everybody Salsa". Andy toured the UK, Europe and the Far East with the band, picking up Gold Discs for tracks and albums released in several territories, including Japan, Venezuela and of course, the UK.
Following the success of the first Shrek movie, which featured Best Years of Our Lives on the soundtrack, Andy felt it was time to unleash the unique Modern Romance Sound to a new generation. He relaunched the band in 1999, this time as lead singer, and the band have toured extensively since that time, making friends all over the world.

Steve Etherington
Steve is a multi- talented musician whose ability as a keyboard player, guitarist and vocalist makes him a valuable part of the Modern Romance line-up..

Natalie Grace
Natalie joined Modern Romance in 2013, making her debut at Looe Music Festival. She has been performing with the band ever since and has also become an accomplished singer/songwriter, releasing her first solo single, "Ask You One Thing" in 2020.

Matt Earnshaw
Matt is a professional with a wealth of experience. Since completing his studies at Drumtech and the London School of Music, he has performed all over the world with an eclectic range of artists and has become the drummer of choice for Modern Romance, flying in from his home in Sweden for live shows.

All the hits, including:

We supply bands of virtually any size or description. Rock and pop bands, steel bands, classical ensembles, funk and soul bands, blues bands, jazz bands, Bavarian 'oompah' bands, barn dance or ceilidh bands. From a solo singer/musician to a larger band or orchestra - we can supply all these for you