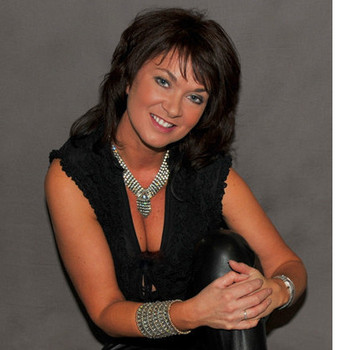 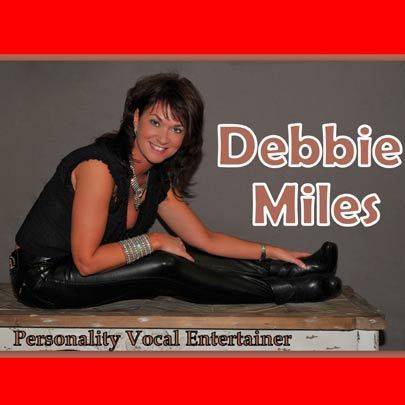 A highly accomplished personality vocalist with over 30 years professional experience. Debbie began her career in 1985 whilst still at High School after being selected to join a well established Midlands' based Showband.

Early success and popularity created a demand for appearances as a solo cabaret performer. Debbie has since worked constantly and travelled extensively performing at a 'vast' number of venues which include:

During her career Debbie has worked with countless professional supporting artistes and appeared with many of today's and yesterday's top name acts which include:-

TELEVISION & RECORDING: At a very early stage in her singing career, Debbie was asked to participate in a short training video film for Student Television Engineers at BBC Wood Norton.

In March 2000 Debbie was successfully chosen from thousands of applicants to appear for filming as part of Michael Barrymore's MY KIND OF PEOPLE and appeared on MY KIND OF MUSIC (London Weekend Television) in January 2001.

During the Summer of 2004, Debbie was asked to participate in the BBC's WEAKEST LINK with Ann Robinson which was televised in February 2005.

Regularly spending time in recording studios, Debbie has the following albums to her credit: HOLDING OUT FOR A HERO, YOU'RE THE INSPIRATION, BE MY BABY, YOU'VE GOT A WAY, GONNA GETCHA, LOVE LIFE and ONE DAY AT A TIME (new album due for release spring 2018)

A talented and widely experienced artiste, Debbie has worked with a variety of musical accompaniments from cabaret backing to big band. However, she presents a top class fully self contained act using quality backing tracks and carries excellent P.A. along with lighting. At ease in large or small venues, with a wide repertoire of popular songs from standards to current chart covers. A professional but friendly approach and infectious personality!

PARTY NIGHTS: A perfect blend of all the dance-floor fillers from across the years!

COUNTRY SHOW: All the Country greats presented with energy and humour!

50's/60's SHOW: Male and female favourites from this everpopular era!

Currently Debbie presents a 'Tribute to the rock n roll divas' A Walk Back To Happiness - featuring the songs of Brenda Lee, Dusty Springfield, Connie Francis, Lulu, Helen Shapiro, Petula Clark amongst others... A lively and nostalgic show available self contained or live (musical arrangements for up to 7 Piece Band)

A selection of songs from Debbie's wide and varied repertoire :

50's/60's
Teenager in love, What do you want to make those eyes at me for, You don't have to say you love me, Bobby's Girl, Will you still love me tomorrow, Penny Arcade, Da Doo Ron Ron, You're my world, Puppet on a string, Oh Boy, Jump the Broomstick, Stupid Cupid, V.A.C.A.T.I.O.N, Who's sorry now, Lipstick on your collar, Where the boys are, Back to the 60's Medley, I only want to be with you, Downtown, The Wedding, Baby Love, Get Ready, Under the Boardwalk, Stand by me, La Bamba, Shout, Love is all around, Walking back to happiness, Rock n Roll Megamix, Rock around the clock, The Twist, Oh Carol, Why do fools fall in love, Great balls of fire, I want to hold your hand, Twist & Shout, Sweet Nothins, To Sir with love, Boom Bang a Bang, All alone am I, Let's dance, Diana, Putting on the style, Things, Build me up buttercup, I can't help myself, Do you want to dance, Summer Holiday

70's
Kissin in the back row of the movies, We are family, Hi ho silver lining, Disco Inferno, Rivers of Babylon, Suspicious Minds, Abba Medley, Waterloo, I will survive, Puppy Love, Love is in the air, Beautiful Sunday, Y.M.C.A., You're the one that I want, Hopelessly devoted to you, You to me are everything, Love really hurts without you, December '63, Queen Medley, Gimme some lovin, I feel good, Shake a tail feather, Some Girls, Let's stick together, Brown Eyed Girl, Burning Love, Rockin all over the world, Under the moon of love, Does your mother know

Pop/Charts
Boys of Summer, Nutbush City Limits, Mysterious Girl, Ladies Night, Mustang Sally, Spirit in the sky, Valerie, Rehab, Proud Mary, Heaven, What's up, It's raining men, Where is the love, The Best, American Pie, Believe, Whenenver Wherever, Flashdance, Fame, Ooh Ah just a little bit, Movin on up, Livin la vida loca, Let me entertain you, Put your records on, Mercy, Poker Face, Mamma Do, So What, Because the night, Don't stop believin, Mama Said, Forget You, Sex on Fire, Price Tag, Moves like Jagger, The Lazy Song, Dance with me tonight, Summer of '69, Wake me up, HAPPY, Blurred Lines, One way or another, Get Lucky, Human,Candy, All about the bass, Cant stop the feelin', Uptown Funk

Country
That don't impress me much, Man! I feel like a woman, Honey I'm home, Whose bed have your boots been under, Any man of mine, Jolene, Nine to Five, Top of the World, Jambalaya, Rhinestone Cowboy, From this moment on, You're still the one, Don't be stupid, Crazy, Country Roads, Blanket on the ground, Bye Bye Love, If tomorrow never comes, Annie's song, Stand by your man, Snowbird, Combine Harvester, Hillbilly Rock, Rockabilly Rebel, Sweet Caroline

Ballads
Angels, I will always love you, Wind beneath my wings, Sometimes when we touch, When you tell me that you love me, I have a dream, Hallelujah, One day at a time, Sunshine of your smile, Have I told you lately that I love you, To make you feel my love, Don't cry out loud, Fields of Gold, Someone like you, Only You, The Answer, Skyfall, Green green grass of home, The wonder of you, Moon River, What a wonderful world

Old Time Singalong
Show me the way to go home, Daisy Daisy, Side by Side, Tulips from Amsterdam, When you're smiling, You are my sunshine, We'll meet again, Any old iron, You made me love you, If you were the only girl in the world, Roll out the barrel, Old bull and bush, Tipperary, When Irish eyes are smiling

WE HAVE MANY OTHER SOLO ACTS & DUOS INCLUDING: