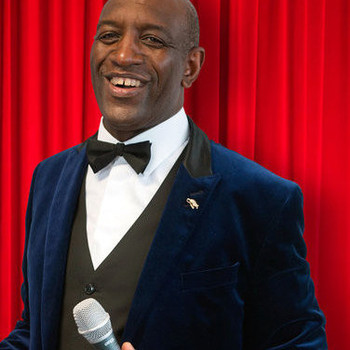 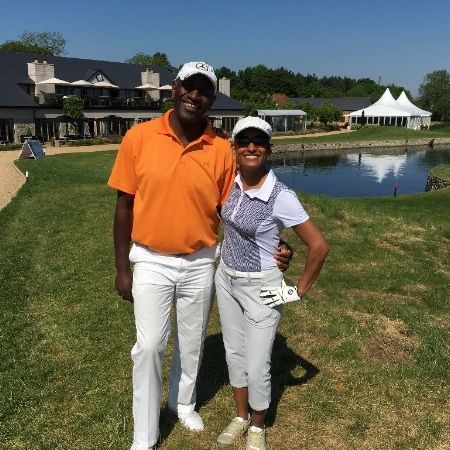 One of the first black comedians on the UK circuit, Ian's humour is as fresh, original and contemporary today as it was when he first came on the scene. Able to tailor his performance to suit any audience or occasion, Ian is the professional's professional.
Rising to prominence as a stand-up comedian in the eighties, Ian first appeared on Cilla Black's Surprise Surprise before going on to perform on talent show, New Faces. The resulting success catapulted him into his very own theatre tour where he captivated audiences nationwide. Since then he has never looked back.
He has been a warm up artist for TV shows including Blankety Blank, Fast Friends with Les Dawson, sitcom Brush Strokes with Carl Howman, In Sickness and in Health with Warren Mitchell and Carla Lane's Bread. Ian has also performed live on Pebble Mill and Kilroy.
He is now one of the UK's most in-demand after dinner comedians, specialising in corporate hospitality and events, sporting functions, new product launches, awards ceremonies and charity fundraisers. Ian's comedy has taken him all over the world and seen him work with sporting legends including, Seve Ballesteros, Sir Geoff Hurst, Sir Bobby Charlton, Sir Henry Cooper, Frank Bruno MBE, Mo Farah and Usain Bolt.

A raconteur who can call upon 29 years' worth of experience in the entertainment business, Ian specialises in corporate hospitality and events, sporting functions, new product launches, awards ceremonies and charity fundraisers.
Ian is one of the most popular and sought after entertainers on the after dinner speaking circuit with blue chip clients including: Nat West Bank, Bank of Scotland, HSBC, Abbey National, Barclays, Mercedes Benz, Ford UK, Vodafone, Carphone Warehouse, Sony (UK), The Belfry, Royal Lytham & St Annes, Hilton Hotels Group, Wentworth, Woburn, St Mellion, British Airways, Aon, Hitachi, Lloyds TSB and the Royal Bank of Scotland.
Whatever the brief, Ian prides himself on working closely with organisers to make sure he gets the measure of the room before a performance. In doing this he is able to get the audience relaxed and on board immediately, knowing instinctively that nothing is more important than a happy and receptive room.

During 2016 Ian has achieved the following:
He entertained a full house of over 300 boxing enthusiasts at the British Boxing Writers dinner held at the Savoy Hotel in London. Another prominent speaker at the event was the Mayor of London, Sadiq Khan. Among the major boxing personalities was Double Olympic gold medallist Nicola Adams, Rio Olympic Silver medallist, Joe Joyce and bronze medallist Joshua Buatsi, among the other world Champions in the room were Carl Froch, Barry Mcguigan, Amir Khan, John Conteh, Lloyd Honeyghan to name but a few.
The last few months haves been very varied in terms of work and venues seeing Ian entertaining on a cruise ship around the Mediterranean with over 2800 onboard, On the Charity front Ian performed After Dinner comedy at the BT Tower in London for the British Asian Trust in aid of the Give a Girl a chance Charity, In Wales he entertained for Bobath Childrens Thearapy Centre, and was chosen to host the Women's international challenge Professional Golf Association pre-tournament dinner, the Help for Heroes Golf Day and Dinner in London and another charity golf day at Galgorm Castle, Belfast in aid of the Lords' Taverners.

"Ian entertained Timber Trade Federation Members and their guests at our Annual Dinner and was incredibly funny, super friendly and a great act. He was also extremely punctual, polite and great to work with in the run up to, and during the event. Thank you for your help in making our dinner so memorable and successful Ian, our guests loved you and the feedback has been wonderful!"

Thank you Ian, our annual Charity Evening was a great success and your contribution of stories and gags made it a night to remember, everyone has been commenting on what a great night they had and they cannot wait to see you back at the club soon.