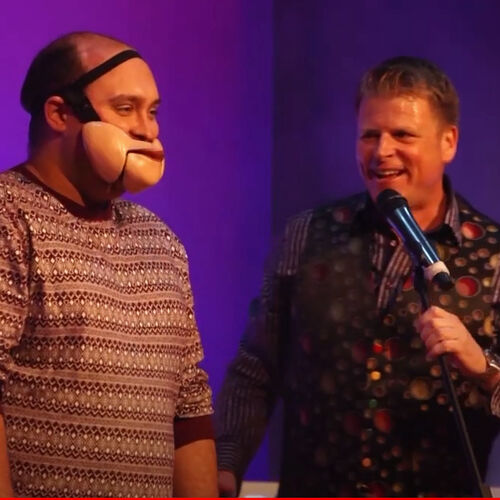 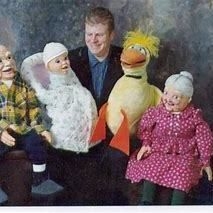 If you are looking to book either a comedian or singer for your next event then look no further.
Paul Dumas has been performing professionally for over 20 years with success in the UK and Internationally.
Considered by many as one of the top Ventro-impressionists in the UK today, he is a one man variety show.
Not only a first class ventriloquist, impressionist and comedian also an excellent vocalist with huge repertoire and vocal range able to do from opera to musicals or jazz and pop to rock from 40s to present day.
Paul is mainly booked for his ventriloquist act but is as easily at home doing a stand up routine or as a vocalist. If you are also looking for a children's entertainer then look no further as aka Silly Billy Vento Paul is one of the top kids entertainers in the UK with over 25 years experience and able to do full parties with disco.

In 1995 Paul made two television appearances firstly on ITV peak time on a Monday evening in June with Des O'Connor, he did a three minute routine which was met with rave reviews. Later that year he appeared on Channel 4's Big Breakfast with a number of other vents as a judge on Junior Juke Box Jury with Zig and Zag. Since then Paul gas appeared a number of times on television including the Graham Norton Show

HERE ARE TWO VIDEOS. THE SHORT ONE STARTS BY SHOWING PAUL'S VOCAL EXPERTISE FOLLOWED BY SOME VENTRILOQUISM. THE SECOND, LONGER VIDEO, DEMONSTRATES PAUL'S SKILLS AS A TOP VENTRILOQUIST